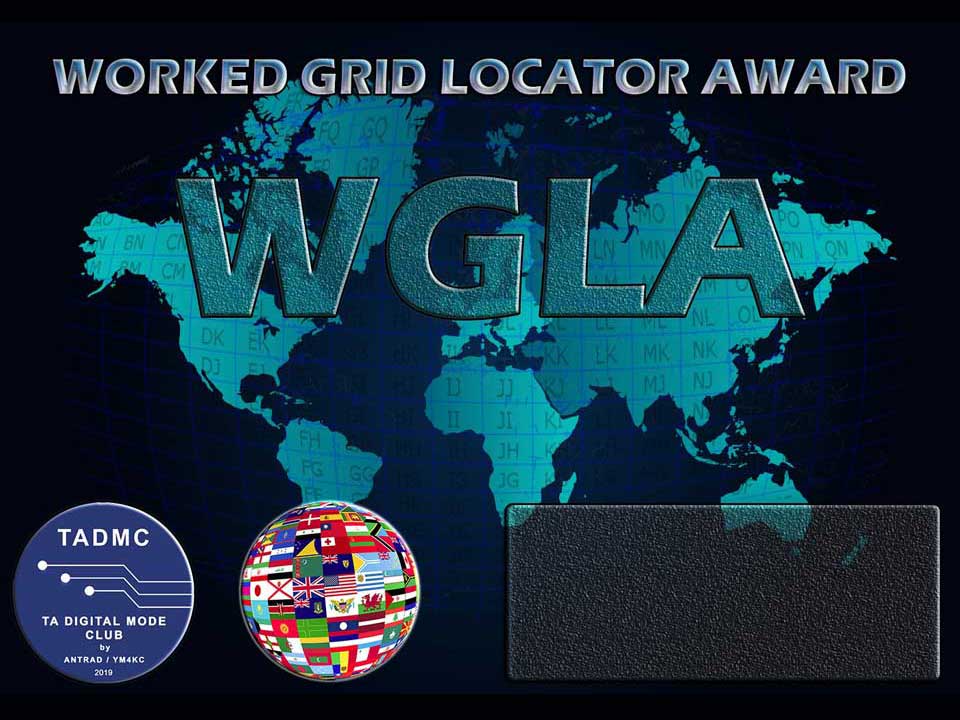 In recognition of international amateur radio communication in Digital Modes.
TA Digital Mode Club issues recognition certificates for amateur and SWL radio stations in the world. Qualification for the WGLA award (Worked Grid Locators Award)
is based on an examination by the WGLA Award Manager.
The applicant must prove that you have contacted at least 25 different grid locators of the world.
All contacts must be made by the following DXCC entities:
ALL

* Applications could be mix or mono digi mode.
* All QSOs will be considered on their own bands and modes.

* If there are more than one QSOs on Same Band, Same Mode, Same Callsign, just one of them will be valid for application.